Hip hop artist Lee'Muvenda has dropped a new album - a package of verses that all translate into superb music worth enjoying.

He wrote most of the songs, and he feels that he has a great connection to his music because of that. “I express my feelings through music and reflect on social issues,” he said. “Give me a microphone and I will show you flames. As Africans, we celebrate life through music.”

He has worked with other talented and celebrated wordsmiths such as Romeo, Meskay, Vp, Adolf, Comfort'Zone, Razie Kay, King Asahf and Muneiwa.

His musical journey began on the school grounds during break and after school, where his fellow pupils showed an interest in his music. “Now I have come to realise that my music is dope,” he said.

“Writing my own lyrics and finding my voice were not enough,” he said. “I had to keep my music true to life, because I am not doing my music for an unresponsive audience, but people who know what good music is.”

A resident at Tshiozwi village, he was born Ronewa Given Muneri and grew up listening to both local and international hip-hop artists, all of whom had helped in shaping his singing career. 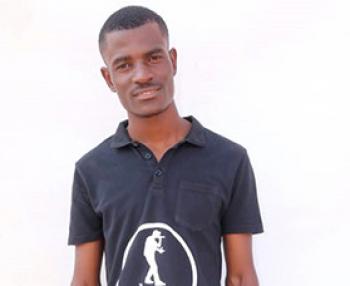