Fizzy writes a different story with his verses

He is a fully-fledged artist whose talent has endeared him to many hearts, both in Limpopo and Gauteng.

A resident of Louis Trichardt, he discovered music in 2004 when he was busy sampling and creating house beats at Ha-Mudimeli village in the Nzhelele area. In 2011, he developed an interest in VenRap and Afropop, the genres in which he came to excel.

“Music takes me away from matters of this world,” he said. “To me, it is more of a spiritual and emotional cleansing sensation. I feel free from the wonders and worries of this world whenever I'm making a song.”

He has the view that music can send strong messages that can teach, inform and unite different people of any race into one loving society. “So, it is easy to educate the young and inform the adult through music,” he said.

He has no mentor in the music industry, but he admits that he is fond of good music from the whole world. “I have people I look up to, like international hip-hop artists such as P Diddy and JayZ,” said Fizzy. “They managed to make it into the corporate world from the music industry and are still making it even today. For them, music is as much a form of art as a business that should generate money.”

He takes a leaf of inspiration from fellow artists AKA and Cassper Nyovest. “I get to understand the ins and outs of our industry just by observing their careers,” he said. “These artists have opened many doors which most people here at home have never thought possible.”

Fizzy's highlights in the music industry include, among others, winning the Tshivenda Music Awards in 2015 and 2017. “First, I got it for best hit single, and then for best male album,” he said. “I had also won an award for best music video during the Limpopo Music Awards in 2018. All these awards are milestones; they motivate me.”

Fizzy hosts an annual soccer and netball tournament for the Mudimeli community on 22 December. “I am fully involved in social responsibility, where I contribute towards building my community,” he said.

Fizzy is on most social media platforms and those interested in his music can reach him on 074 358 8855. 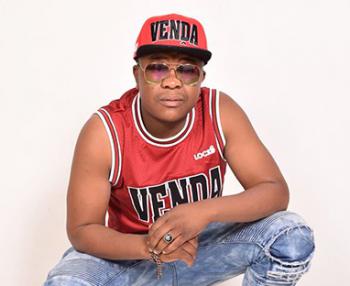