“The dawn-to-dusk music played at my neighbour’s shebeen roped me into loving music and I gradually turned it into a career,” said Azwindini Mulaudzi, a hip-hop guru from Vuwani.

Mulaudzi (42) started his music career in the early 1990s. In 2010 he formed the TZ Gang. His stage name is Mabasha Duvha Nadu Vha.

“This was not an easy road for me. Among the challenges was to get the right producer to work with and the right studios for recording my music. My aim was to come up with music that delivers a message to people. This vision helped me so far produce four albums,” said Mulaudzi.

To him, music is one of the best platforms to tell the world about the struggles people face.

The festive period is fast approaching and TZ Gang is ready to thrill hip-hop fans at a big Venda music show that usually takes place in Thohoyandou at the end of December.

“Hip-hop music fans should expect fireworks and prepare for something they have never witnessed before. I am going to drop a new album with a title track Buluvhutsi Love,” said Mulaudzi. 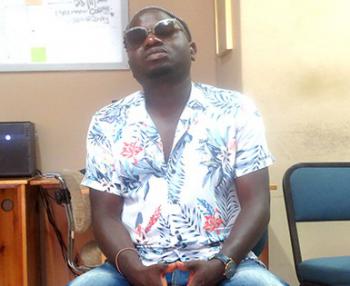