A gospel concert that captured the Nzhelele area has come back with a bang.

Now in its third year, the organisers of the event have outdone themselves by recruiting all the household names in the gospel fraternity to converge on the iconic El Shaddai Christian Centre on 24 December.

Born and bred at Tshituni village in Nzhelele, Tlalamba said he grew up listening to gospel music from various artists, but very few of them came from Nzhelele. “The idea of organising this show was inspired by the need to uplift, promote and expose local talent,” Tlalamba explained.

“So many gospel shows are organised in the Thohoyandou area, and that so many famous gospel stars come from that part of the district is not surprising. I therefore saw the need to create the same platform for Nzhelele-based upcoming stars.”

Tlalamba, who single-handedly organises the show without any sponsors, said that he appreciated the support he received from his pastors, Apostle Dr Tshilidzi Netshitongwe and Pastor Livhuwani Netshitongwe, for supporting his dreams. “They offer their church for free as well as mobilising the congregants to buy the tickets in numbers,” he said. “Organising a show is very expensive. So many things must be paid for, but the impressive ticket sales have enabled me to cover the majority of the costs, otherwise I use my money to host the event.”

The Tlalamba Annual Gospel Show has given rise to a local gospel band called The B-Squad. Local artists such as Muleba, Minister Talie, Violet Gingi and Ivy Leswoga had their first taste of live performance during this show.

With VIP tickets already sold out, the hall is expected to be full with gospel lovers who are eager to sing along with Lufuno Phalanndwa, who recently won the SABC Crown Gospel Award for best worship song as well as two Limpopo Gospel Music Awards for best gospel newcomer and best gospel male artist.

Saxophone specialist Buhle Nkosi will spice things up with his silky renditions of the late Mpho Regalo’s iconic sounds. 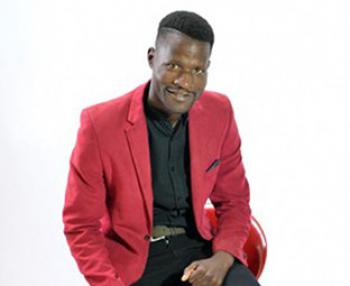