“Give me a microphone and I'll show you flames”

A resident of Ha-Mandiwana village in the Nzhelele area, Vhushaka “King Piny” Matika, is taking his music to another level and aims to achieve great things in 2020.

King Piny is an upcoming hip hop artist whose music has reached many people via airplay on some community radio stations and his frequent appearances in public gigs.

“I am a storyteller who uses the VenRap genre, and as such I have become popular with my new way of reaching people's hearts with my verses,” he said. “Give me a microphone and I'll show you flames.”

He discovered his singing talent in 2015 at the age of 12. “My friend and I used to write lyrics that were more poetry, and as this is a fact, there's a great relationship between poetry and hip-hop,” he said. “We used to record such material on our phones and share it around with our friends and other contacts, who all showed interest in what we were doing.”

King Piny has since written and recorded many singles that have all made a name for him in the local music industry. “Music means the world to me, and through music I get to talk about my feelings about the world,” he said. “I rap from the bottom of my heart.”

He is known for singles such as Ghetto-life (ft AdroitBeatz), Hard life telling story (ft Suppreme hela), Hardlife (ft Batondy), and Vhutshilo (ft Eto). “To me, music is a vital tool to also fight crime and create a space for entertainment and socialising among youths,” he said. “I am saying all that from experience, since I spend most of my time either writing or listening to music.”

King Piny coordinates a monthly poetry and music event called Ghettofest in his village, where all young artists and upcoming artists are invited to showcase their raw talents. “The event aims to give local artists a chance to perform their music because that's where growth starts,” he said.

He is one youth who aims to help build his community through music and other youth-orientated activities. 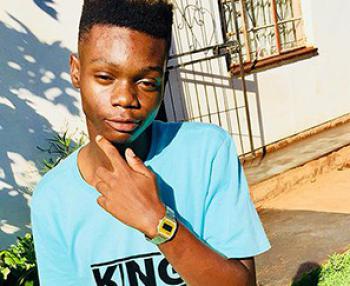