Reggae legend Kenny “Wailer” Murabi's fifth studio-recorded album is already flying off the shelves in music stores, which is a sure sign that his music is highly original and popular with the people.

The album, EZOP, is already available with most digital stores.

He had worked with session artists such as Londo (drums), Sipho (bass), Bruce (keys), Steve (keys), Buhle (sax), Nhlanhla (congas), Ananius (guitars), Tumelo (lead guitar) and Bolepo (flute). “The album’s theme is Africa and the challenges that it is facing in today’s world in terms of development, inter-country relations and the economies,” he said.

The long-awaited album was recorded at Adziambei Music Academy and is being marketed by Kenny Murabi Music. It contains such as like Ease up, Ambush, Stability, My Mamma, My song, Please you not and Praise Him.

“When I was young, I never thought I would be so radical, even to touch on burning issues such as politics,” he said. “I have found that till men love and respect one another, there will never be good life on earth.”

He added that he addressed various societal problems, such as oppression, poverty, diseases, wars, starvation, and unemployment, head-on. “All those problems are manmade,” he said. “I’m talking about Africa, as a citizen of Africa.” 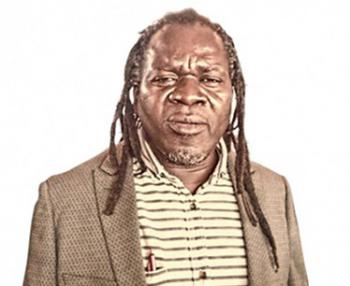