His fans call him “Lolo”, but his real name is Lawrence Mabasa. Just like most music artists, Mabasa’s love of music started when he was still a Sunday school learner.

According to him, back in 1993 he realized that he could make a living out of music, but only in the 2003 did he decide to stand on his own.

After realizing that his music had reached maturity, Mabasa tried his luck by recording his debut album, Lead me to Calvary, towards the end of 2003. The album performed above his expectations, even though it was self-marketed and distributed. The album marked the starting points for Lolo’s road to fame.

The Malamulele-based singer went back to the recording studio again in 2007. His second album, Think of me, was released in the same year. It was followed by Sape isizwe in 2009, with When peace like a river following in 2011. The year 2014 saw Mabasa going to the MB Recording Studio in Thohoyandou, where he recorded his sixth album, Blessed assurance.

His seventh album, Sekusile, was recorded at the same studio in 2017. Sekusile was followed by Pass me not the following year. After releasing his eighth album, Mabasa vanished from music circles for about a year. He resurfaced with his ninth project, There is a river, three weeks ago. The new release consists of 11 songs.

Some of the tracks expected to make the new release an instant hit with fans include Murena ro u gwadamela, Jehova thelu moya, imbeu, U tshi fhatutshedza vhanwe and the title song, There is a river. Just like all his previous albums, the new release will be self-marketed and distributed. According to him, he will be performing at various ceremonies, including weddings, memorial services and unveiling of tombstones in the coming months to promote his new album. 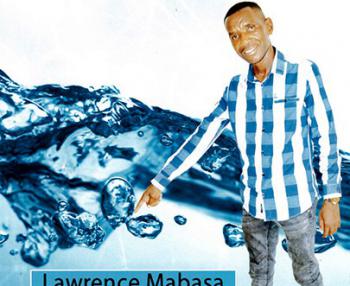 The cover of There is a river.