Rabs Vhafuwi is a popular artist out here

“There is some kind of connection and fulfilment that I feel whenever I am deejaying or producing music. The feeling itself is so profound that I feel one with the music.”

Those are the words of Rabelani Madula, who has carved a stage name, Rabs Vhafuwi, for himself. He rocked the music industry with his anthemic song, Count Your Blessings, some years ago, and the song is still fresh and popular even today.

He lives in Sunninghill in Johannesburg, and he is originally from Venda. He is a DJ and music producer, and he produces movie scores.

“Actually, I discovered music during my varsity life around 2003 and 2004,” he said. “I used to play at friends' parties, then I ended up buying a sound system after graduating, which I used to rent out. After 2012, I was introduced to producing while I was working in Cape Town.”

He garnered inspiration from heavyweight producers and house beat makers Glen Lewis and Vinny da Vinci, and he had good reason for that: “They are humble people and they know their place in the industry. They don't follow trends like many others because trends come and go.”

Based on his experience, music can do many things, which includes being a mode of communication. “Music connects people,” he said. “We can send strong and important messages via music. Unfortunately, these days, some artists exert a bad influence through music, and society accepts that. Music can get people through the toughest situations. I've had fans tell me they listened to my songs and got through tough situations; some have used my songs as they studied for exams.”

He mentions Charlie Hamilton as a mentor and describes him as genuine, with lots of experience in the music industry. “I get inspired by him and his professionalism when it comes to work,” he said.

His career highlights include, among others, learning from his fans during his Birmingham (UK) visit where a white fan had driven 400km to his gig with his friends, who had all bought VIP tickets. “When I looked at that scenario, it was equivalent to someone’s driving from Venda to come and see their favourite artist in Johannesburg,” he said. “There is so much we can do in music.”

Rabs Vhafuwi is releasing his fourth studio album this year. His first single is with the amazing Unathi from Idols SA. “I have other big names on this album that I will reveal closer to the release time,” he said. 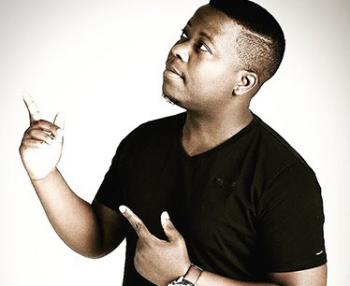