A resident of Itsani village, Thomani Tshikororo, considers himself a leading reggae artist whose musical journey started way back in 1999.

In the early stages of his music career, he struggled to raise funds to record his music, even though everyone around kept telling him that his musical talent was not that of an ordinary singer, but that of the masters and legends of Jamaican reggae musicians.

“I took my time nurturing my talent, because I have always believed in my talent,” he said. “It might have taken me decades to record and release my first album, but I have been performing my songs through the years.”

He started writing new songs specially for his debut album, See the light, which was finally released on 1 June 2013. It was recorded at High Note Records, and it was engineered by Hani Mutele.

His second album was True to myself, followed by Gundo, The Peace of Mind, Dog eat dog, and Butter and bread.

“I have become famous for songs such as (Africans) let's be strong, See the lights, Gundo (Victory), True to myself, and A peace of mind,” he said.

This singer has great studio and live-performance experience. His music is smooth, refreshing and lively. It teaches about love, political and religious views. His musical style is world reggae, heavily influenced by artists such as Majek Fashek, Nasio Fontaine, Bob Marley, Ziggy Marley, Colbert Mukwevho, Jacky Nethomboni and other reggae artists.

Tshikororo is also involved in producing reggae music for other artists. All his music is available at online stores. He can be reached on 067 766 1724 or at thomanitshikororo@gmail.com. 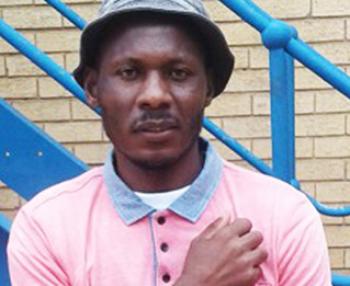