Voice Tsilatsila reaches out with her unique voice

Voice Tsilatsila, who describes herself as a born-again woman of God, wife to Mr L Tsilatsila and mother of two, Ndodzo and Vhuhone, is a worshipper whose praise music cannot be ignored.

“As an artist, I write songs and spend much of my time working on my voice, studying the Word of God and praying,” she said. Her music journey had started in 2001 when Bishop SK Netshisaulu invited her to join the worship team, BAC Worshippers.

“I was just singing at church and prayer meetings without knowing that I had talent, and it was after the invitation that I started to realise that I had one in singing,” she said. “But still I told myself that I would only sing in church, until Mr Hani Mutele told me that it's high time I recorded an album.”

She stated that music was a way of delivering messages and reaching out to one’s soul. “A particular song has to touch one’s soul and uplift or change it, and if a song fails to achieve that, then something is wrong,” she said.

Voice Tsilatsila pointed out that her musical talent was shaped by her mentor, Mr Hani Mutele. “He's a very humble man who has a passionate heart for individuals he gets to mentor,” she said. “He makes sure that whoever he is mentoring should reach the highest level of their talent, as much as possible. He had sacrificed a lot for me to be where I am today, and I still look forward to working with him.”

She has great songs such as Ri u vhidza Yehova, Dzikhoroni dzau, U Mudzimu a fulufhedzeaho, Vho Luga, and Jesus, king of kings.

She recorded her live project on 30 November last year and the management team is currently finalising it. “You'll enjoy beautiful songs like Porofita, Ndi do mu fulufhela, Rirhanzu rha wena, and Ndi a u tenda,” she said.

She resides at Mukau village at Mutale. 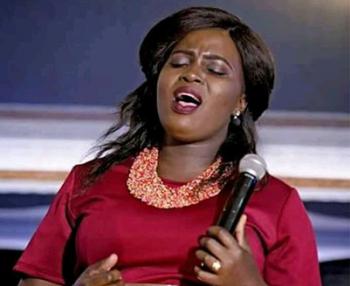