Ndwakhulu Edwin Ramabulana, whose stage name is Dendele, is an artist whose music comes from the heart.

He says that calls himself Dendele because it means a person who is able to afford anything or deal with any situation since he is bestowed with wisdom, and he never stresses as he always has answers for everything.

“I grew up in Songozwi Musanda, where I did my primary education at Tanganedzwa Primary school, just 10km from Louis Trichardt,” he said. “I then did my high school at Botlokwa Mashaha Secondary school.” Today he holds a qualification in electrical engineering studies from Tshwane University of Technology, and he is currently doing an LLB with Unisa. He works as a technician in KwaZulu Natal.

“I create music that carries messages of inspiration and motivation and talks to topical issues in society,” he said. “I try to do music that is relevant to the youth in their language and beat style, at the same time giving them the type of music they can be proud of as Venda-speaking people.”

He added that he aimed to preserve the Tshivenda language and move with the times, and he had ensured with his lyrics that Tshivenda words were clearly used with the aim of celebrating his culture and heritage.

“To me, music is therapeutic and an actual ointment to wounds that cannot be seen with the physical eye,” he said. “Music is an eternal fountain of happiness that we can all drink from and be jolly. I believe the industry has enough room for new artists to fit in and express themselves, using their mother tongue.”

He added: “I want to use my music to connect a technocratic, high-class Venda person up in the suburbs with his roots through a genre that traverses class, traditions and generations. My music is Venda trap, it touches on deep traditional Venda proverbs and makes them appealing.”

“Dzembe is an inspirational song to encourage people to stand up and do something, rather than to sit and complain,” he said. 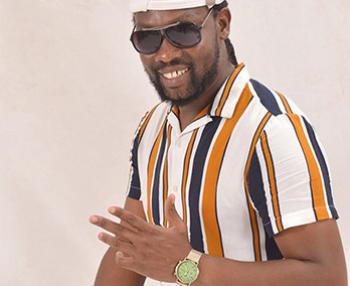