“Music always caries a sense of positive encouragement in it and it can surely work as a tool to reduce crime and unemployment among our youths today.”

This comes from a reputed singer, music producer and engineer, Big Ropza, who was born Rofhiwa Phuluwa at Lufule Two in the Thohoyandou area. He is also a co-founder of the recording label Encoree Red.

“I started out as a dancer in the Lufule locality and then grew through the years into the singer and music producer I had become today,” he said. “I had a friend who owned a computer, so we discovered beat-making software around 2003. That was when I started learning about making music. I decided to not only make beats but to sing and rap along with them alongside childhood friends DJ Rabza and Gvenaque.”

He believes that life's experiences serve as a relative mentor to his life as a musician and artist in general. “I live to learn,” he said.

Big Ropza released an amapiano album alongside an R&B award-winning female vocalist Ando, and their hit single entitled Only you (Ahuna munwe) continues to receive fair airplay on national radio stations and some community radio stations.

He has earned massive popularity with hit songs such as Tshibenzu (ft Paperweight and Gang43). His album Him & I is currently doing well and has earned more than 200 000 streams on SoundCloud.

This music creator had previously worked with the Sfiso Ncwane, Zamalek, Kid x, Freddy Gwala, Jessica Mbangeni, and Junior Dred (of Boom Shaka fame) and Bravo. “Working with these talented artists was an assuring experience in my music career,” he said. “You get to sample different sounds, voices and styles as you move along the musical lane.” 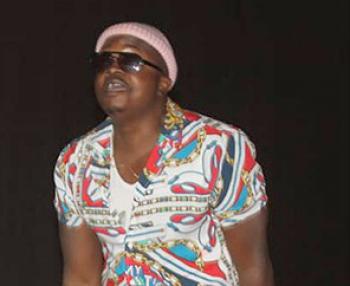