Afro-soul artist Tendani Maginya has earned herself the adoration of thousands of music lovers in the country ever since she discovered music some two decades ago.

In 2002, she was only 13 years old when she was assigned the position of lead singer in the church's worship team. She had proven to the church elders that she not only had amazing voice, but that she loved and enjoyed singing from the bottom of her heart.

“Whenever I sang, they were all awed by my talent,” she said. “Music brought me back to my inner self when I felt out of place with myself.”

Today, Tendani, who resides at Tshiombo village, has carved a name for herself in the music industry, and she is now well known as Tendy J. “I love music in general, but as of now, I am focusing on Afro-soul, which is no wonder because I love soul and jazz,” she said. “My music has jazzy influences in it but then it remains distinct with active beats.”

She said that in music she had found a way of communicating her innermost feelings to a wider world. “Music knows no boundaries; it reaches all generations because once you record it, other people can still access it even 20 years from now,” she said.

“Music makes me feel calmer and more alive and it's a part-time job that keeps me busy,” she said.

Her full-length album is entitled Be mine forever, and it contains tracks such as Lufuno lwashu, Ndo no hula, Get out, Mulalo, Don't give up, and Be mine forever. It was recorded at Topshetters Studio at Tshiombo. Those interested in Tendy J can call 079 076 0272 or 072 7764 707. 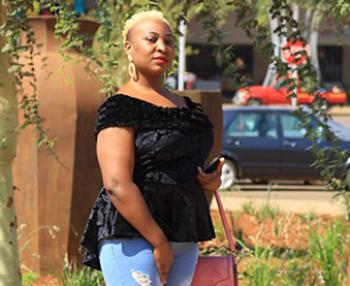