Hulisani Masakona, stage-named Lutroo Da-Music, is a hip-hop and RnB artist, a songwriter, singer, and record producer whose talent has seen him perform on national platforms.

He remembers that he had been among a few upcoming artists who were selected to perform at Colbert Mukwevho’s 50th birthday celebration in 2015.

“That was a great honour to me to be given a platform to pay my respect to the greatest musician ever alive,” he said. “I remember that that day I gave the performance my all – I exuded an on-stage energy that I had not shown before, because I knew that when it came to music, Dr Mukwevho would never compromise.”

He stated that his musical journey had started in the church where he had been involved in the choir and gone on to showcase his talent in local talent shows. “Having learned how to make my own instrumentals and record my own music, I started making my own records in 2009,” he said.

He started the year with a beautiful song called Tshifasekano, which made fans fall in love with him once more after a three-year-long break from the studio. A hit song called Khavha de (ft Khathu) followed, and it has since left fans longing for more. He just recently released two hit songs, Control (ft Mizo Phyll) and Insomniac.

With his smooth, soothing voice, Lutroo released his breakthrough single called Invisible in 2016, on which he featured Una Rams and Mizo Phyll. It became one of the most popular songs in Vhembe then. “Within the same period, I became part of the top 10 Tshwane music conference winners who were rewarded with a three-year record deal with Uhuru Music among 300 competitors,” he said.

For obvious reasons, his fans believe without a doubt that he has a brighter future yet ahead of him. In some of the reviews on his Facebook page (NkhuliseniMasakona) people state, "He is the music, born to do this music thing". Tremaine Nkwana: "trust me his going places with his talent".

“With the love I am receiving from the public, I am currently dedicating my time and energy to creating more music and the love continues to grow as I have dropped three new hits since the beginning of this year,” he said.

He is available on most social media platforms and he can be reached on 081 325 1356. For a taste of his music, check https://soundcloud.com/lutroosa/lutroo-invisible-ft-una-rams-x. 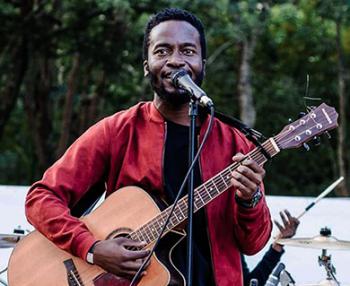