A resident of Mandala village in the Nzhelele area, Vhugala Gogome (28), is an excellent artist whose vocal talent speaks for itself.

He started singing at his father's church, Mandala Christ Centred Faith, in 2011 after his brother Kharikhode, who was a lead singer in the church’s worship team, had left for Johannesburg and he had to step in.

“Singing gospel music is a way of delivering the message of Christ to people – his grace, peace, love and hope,” he said.

The last-born son of the late Pastor NA Gogome and Mrs MM Gogome, Vhugala said that his music fought crime in that, when people were drawn from the kingdom of darkness to the kingdom of Light, their lives and actions gradually changed from acts of criminality to acts of charity and peace.

“I am inspired by Dumi Mkokstad in that Dumi started singing at a very young age while he was still at primary school,” he said. “Today he's a family man who still continues with his music career.”

Furthermore, Vhugala's brothers (Dzhavhelo and Kharikhode) inspired him as he grew up as he looked up to them when they sang in church and revival crusades.

This young artist is the mentee of the reputable Apostle AM Masakona, who recognised his singing talent and believes in his gift. “Dr Masakona encourages me to pursue my dreams against all odds,” he said. “I have just released a single, Ha Tutsheli. On this single, I am exalting the Lord Jesus Christ and showing that He never forsakes those who believe in Him.”

Ha Tutsheli was produced by NM Productions in Johannesburg and was released on 24 April.

“My prayer is for my music to help in reconciling people to God, especially young people,” he said. “People should expect the full album in or before end November 2020.”

His single is available at most online stores, and he can be reached on 081 751 4981 or khari.gogome@gmail.com. 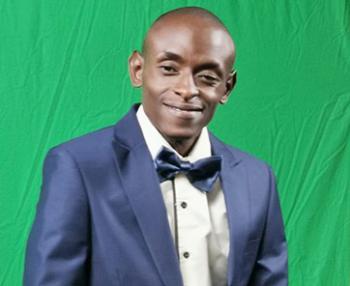