The outbreak of the coronavirus has prompted the Venda classic rumba artist, Muzondwa Salani, better known as Gear Box, to release a new CD, Corona Virus.

Gear Box Salani (52), who was born and raised in the rural village of Muhuyu near Matangari outside Thohoyandou, said that the new album was his fourth album, which had been released in the beginning of April.

He is a soldier based at the Vuwani military base and has been deployed to assist in maintaining law and order during the lockdown period.

The new CD consists of six tracks, U swika havho fhano, Matshonise, Vho Muzondwa, Sathane, Zwi sokou fana (jealous) and the title track, Corona Virus. With the title track he wants to show people the seriousness of the deadly disease, which does not have a cure.

“With the track Matshonise, I want to warn the loan sharks that, during this period of lockdown, they have to understand that people are not working, and they must allow them time to repay the money. With Vho Muzondwa, I am saying I am back in full force, after I took some time before releasing an album.”

He also stated that, with the track Zwi sokou fana (jealous) “I want to inform the listeners that, despite the good work I am doing in producing original Venda classic rumba music, some people praise me, but those who are jealous are criticizing me.”

He said he had also released Ndo vha humbula Vho-Mandela (I remember you, former president Nelson Mandela) in 2016.

All songs on the new album were composed by Salani and were recorded at Volcano Studio in Mianzwi village. 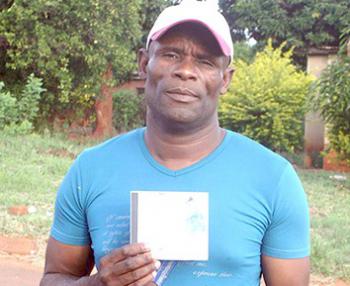