At the age of 19, Zwivhuya Morgan Vhangani has established himself as a highly sought-after producer whose skills continue to amaze many in the music industry.

This young versatile producer and song writer is known to thousands of his fans as Van Gee Beatz. “I’m from Tshitungulwane in the Vuwani area,” he said. “I grew up in Pretoria, and that was where I fell in love with music at a very young age because my father used to play the likes of 2Pac, Bob Marley, Mizo Phyll and Bomo.”

The music bug hit him in 2015 when he was in Grade 9. “I used to write verses and rap them to beats on some music software that I had downloaded,” he said. “Mukutsuriwa (Emkay) played a pivotal role in my life as a producer who introduced me to more software and showed me how to use them better to suit my needs as an upcoming producer.”

Things were not easy for this artist, who eventually created beats that were profound and authentic, but his determination had borne fruit for him. “Throughout the whole year of 2016, I couldn’t make a proper beat, and when people asked me if I was making beats, I had to say no. Around the end of that year, I made my first beat with guidance from a Youtube tutorial,” he said.

Van Gee Beatz has worked with a variety of singers who include, among others, Flomatic, LyeoOn, TgQuest, Mickey Black, Osome Feyn, and Rude Kid Venda. “All these people respect my hand as a producer, and I am happy when I see them flourish as their music takes them many places,” he said. 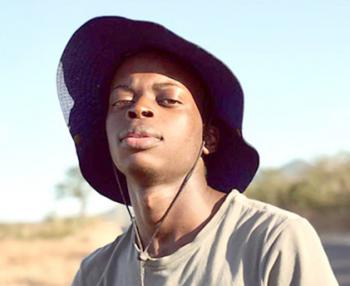 This versatile young producer and songwriter is known to thousands of his fans as Van Gee Beatz.