Tsumbedzo Tshivhandekano Nemuramba, known as Native Trojan in the music fraternity, is quickly climbing the ladder of fame and nothing is going to stop him from reaching out to more music lovers this year.

He told Limpopo Mirror that he had had a passion for music since he had been young. He had all along dreamed of becoming a deejay, and that became a reality early on in his life when he was left with music equipment that he would rent out, and he also deejayed.

“People requested me to play music for them at weddings and other social functions,” he said. “Many were surprised to listen to me when I played the music, since they had never seen me before. The setup was a good one, since I would infuse my own improvisations.”

He understood that music had a language of its own, because people from different cultural backgrounds could listen to music from a specific culture and still be touched by it. “Music, for me, is art that can be used to touch people’s lives and to communicate or spread messages to society,” he said. “By listening to music, people can be emotionally healed.”

Native Trojan, who hails from Dzimauli Ha-Rammbuda but is currently based in Pretoria, acknowledged the contributions from his motivator, Mesh-potatoe. “He taught me a lot of things about music and he continues to encourage me to be a versatile deejay and producer,” he said.

This young artist grew up listening to the music of DJ Oskido, who is regarded as one of the foremost deejays in the country. “He has unearthed many young talents, and he has gone on to make a name for himself and other artists on international platforms,” he said.

Native Trojan’s recent single releases include, among others, Calling Natives (Afro Piano), Ombaisa (ft Tremza), and Chamulovha (ft Mapara, A Jazz, Tremza, Mizo Phyll, and Monate Mudifho). “All these songs are available on all digital platforms,” he said. 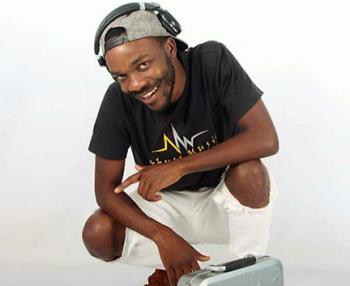