“Credit Gearbox for the hit song”

So says the Tshivenda traditional music icon, Ephraim Galaha Masindi. This comes after many people called him to congratulate him on a hit song about the coronavirus that is circulating on various social media platforms.

The song shot became popular at the beginning of the lockdown period and it cautions pastors not to demand offerings and tithes during the coronavirus pandemic. It also warns that lots of prophets are now in hiding and they will only re-emerge after the coronavirus crisis.

The song is in Tshivenda and some of the lyrics go: “Ro ita happy happy 2020 ro itela nwaha u si wone. Vhafunzi, ni so ngo kwata. Corona i tshi fhela munikelo ri do ni nea. Corona i tshi fhela ri do pfa zwiporofito zwi tshi thoma.” Loosely translated: “We celebrated the wrong year in 2020. Pastors should not be angry with us; we will give them offerings when coronavirus comes to an end. We will hear a lot of prophesies when the coronavirus pandemic comes to an end.”

In a video clip that is circulating on social media, Masindi requests community members to share his video, so that everyone should know that the song in question is not his. “I received several calls from people congratulating me about the song. They all said the voice in the song is the same as mine. I told them from the word go that the song is not mine and nobody wanted to believe me. I then thought it would be important for me to go public to inform everyone that the song is not mine. I have circulated my voice clip on several social media platforms, and I hope that this will assist to stop the confusion.”

Masindi, who recorded his debut album Kaidzani Vhana last year, said he would now feel free after clarifying the confusion. “The song in question is a hit, but credit should go the owner, not me. The artist was creative because he talked about something that arouses interest from listeners.”

After some investigation, Limpopo Mirror found out that the song was done by Salani Muzondwa of Muhuyu village, famously known as Gearbox in the music industry. When contacted for comment, Gearbox confirmed that it was his song and said he was happy that it was well received by music lovers. “The song is mine and it does not belong to anyone else. I am happy that I have hit the right note at the right time and people never stop dancing to my tune.” 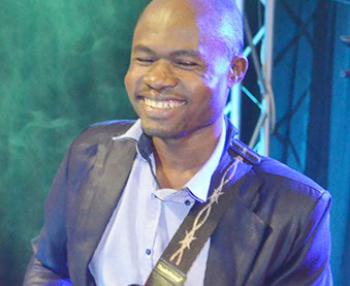 Ephraim Galaha Masindi says the hit song about the coronavirus does not belong to him.