A comedian by himself

Pigebe Prince Mavhungu, also known as Prince Wa Miswaswo or The Comedian, is a stand-up comedian who has the rare gift of bringing laughter and mirth to people.

In his career, he has had many people recommend and laud him as one of the best comedians that South Africa has ever had.

The 22-year-old artist said that he had realised that he had a talent as comedian a decade ago when people would tell him that his utterances were amazing because they brought joy to their lives. “As the years went by, I came to realise that the only thing that people deserved in this world was happiness,” he said. “I had reaped some wisdom from other people, who said that a human being must not stay sad as it is not a healthy thing.”

He revealed that he had grown up watching some comedy videos of Venda artists who also inspired him in many different ways. “Watching those videos, I felt it in me that this was the kind of stuff I, too, was made of, and that was when I started taking my talent seriously,” said the resident of Tshamutavha village. “I am one comedian who also uses comedy to advance Tshivenda terminology.”

He added that in the early stages, when he was a young boy growing up in the village, some people would just mock him without any reason. “What made me become a strong comedian was that when I grew up, my peers used to mock me and I was unable to defend myself, so I took that pain and changed it into laughter instead of paying revenge,” he said. “That was where the gift of comedy started.”

Prince Wa Miswaswo has hosted many shows through the years, earning himself both bread and fame at the same time. One of his purposes was to entertain people from Ṋiani village. “I hosted the Ṋiani Freeshow because people from Ṋiani find it difficult to go to some shows to see their favourite artists.

“Miswaswo ndi gupula thaidzo (Comedy is a potent medicine that heals all problems),” he said in the richest Tshivenda. “You may have problems of one kind or another because of bad situations and have no one to tell, but comedy can bring you to the better side of yourself.” 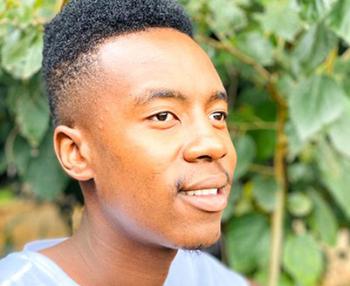