This book serves as the epitome of Covid-19 in South Africa and is the first publication Shishenge has ever written and published as sole author. “Freedom of my pen is the only weapon I have control of,” he said. “This weapon shoots like a machine gun. These pieces of art are beautifully weaved and address a variety of important issues, such as love, scarcity, decolonisation, tribalism, and xenophobia.”
Shishenge is a language activist, writer, and author, born in Jimmy Jones village. His poems have been published in magazines, newspapers, and journals such as Timbila, Turfwrite, Echoes, Sowetan Education, City Press, NUMSA News, Sunday World, Daily Sun and Loocha Magazine. He is also an art correspondent for Flair Magazine.

Lockdown has been published by Ndzhaka Publishers, and all poems were written during the first 21 days of the strict lockdown. “These texts remain the labour of my imagination and will be deposited as an episode of disruptions in the history of human suffering,” he said.

Since its release at the end of May, many people have proudly posted themselves and copies on their Facebook, Twitter and Instagram spaces. This really shows the book’s popularity. Shishenge believes that if one believes in one’s craft, it becomes easy to get it to the people. “Every field is a factory, including poetry – every hustle is worth taking,” he said. “I believe in my hustle, and I packaged this poetry to speak to the hearts and souls of ordinary people. Poetry is an intellectual art that has been undermined quite often, even by some former presidents.”

Shishenge’s book has been praised by a number of readers, including his former learners who have supported it significantly. Innocent Madzhoni, who hails from Madombidzha, has this to say: “The beauty of Shishenge’s poetry lies in how each poem carries its own soul, but at the end they combine to formulate an amalgamated and unforgettable experience of reading.”

In the foreword to the poems, writer Keketso Mashigo states: “These poems cut like a dagger and flow like blood from a gaping wound, but at the same time they stitch together the wound and salve it. They heal, they make you laugh, smile, envy, cry and appreciate the moment you live in. That’s what poetry is supposed to do.” 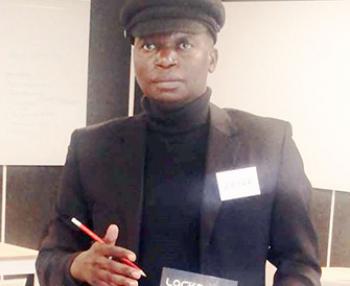