MSW Media, producer of excellent locally made movies, has just released a full-length, hard-hitting movie, Ro Tshinyani (Why us women?).

The movie is about a man who abuses a woman, while another man is willing to offer pure and real love to that very woman.

“We have decided to come up with this story because we are faced with a high rate of gender-based violence as a country,” said the experienced director, Musiiwa Makumbi. “It is really sad to notice a boyfriend who professes to love a young woman, going on to take her life. This is not how it should be, and as movie creators, we felt that we needed to really highlight and address this very issue through the medium of motion pictures.”

He added that the movie also highlighted issues of domestic violence and the scourge of rape incidents. “This is the kind of movie which South Africa needs, for we hope that the abusers and would-be abusers might see it and change their lives for the better,” he said.

“In the real world, we would like to send a message of support and condolences to all families who have had to deal with the death or killing of loved ones as a result of gender-based violence,” Makumbi said.

The movie was released online on YouTube on 10 July, and those who need more information can reach the director on 072 978 3316. 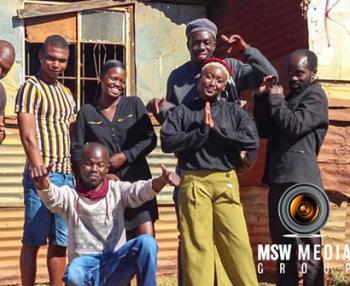 The producer, Musiiwa Makumbi (left), was photographed with the cast of Ro Tshinyani. Picture supplied.