Vhembe also has a Johnny B Goode

If the music scene were a stage drama, Avhashoni Tshivhiyahuvhi would be regarded as one of the main characters behind the curtain.

Popularly known as Johnny B Goode by his Rasta friends, Tshivhiyahuvhi, who hails from Ha-Tshikonelo outside Thohoyandou, is a self-proclaimed reggae music ambassador, promoter and Rasta event organizer who has played a major role in the success of various reggae music artists, both in Limpopo and Gauteng.

Over the years, Tshivhiyahuvhi has voluntarily organised album recordings and performances of relatively unknown reggae artists and helped them to promote their artistic offerings on social media. “I make sure that I write a biography of a reggae artist daily on my Facebook page. This helps to promote them and make their music famous to everyone who loves reggae music. A lot of reggae music artists were picked up from my Facebook page by record companies who ended up offering them good music deals. I also communicate with various producers and presenters of reggae music programmes at different radio stations to provide them with the contact details of the artists they can interview on their radio stations. This is working wonders, because the artists that I’m helping are making an impact in the reggae music fraternity.”

He said he also drew reggae-music inspiration from Nthambeleni Toots Mamphideni, Mpho Shaggy Masibigiri, Takalani Mudau Tshivhule and his late brother, Takalani Lawrence Tshivhiahuvhi, who used to translate Bob Marley’s music lyrics for him into Tshivenda. “I was so young and did not understand what was being said in the songs. There were no CDs then and we used to listen to the music from cassettes.”

And his message to reggae music artists and lovers is: “Reggae music will never die, and it is upon us to come together to build the legacy of this powerful music. I will keep on pushing this music until my last day on earth.” 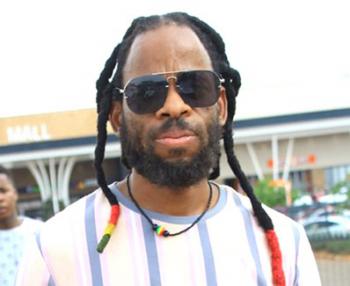