Mashudu Badzhi is an ordinary person who moves around, carrying a heavy speaker while playing her music in Elim, Thohoyandou and Louis Trichardt.

Despite her ordinary appearance, she is a musical genius who impresses everyone with her beautiful voice and acrobatic dancing moves. Although she does this because she loves music, entertaining people is her only source of income.

Famously known as Shudu Gal in the entertainment industry, she plays her music and impresses shoppers with her dance moves while they throw coins and buy her CDs.  “I don’t do crime. I live an honest life, and I am proud of what I do because it puts food on the table. I find happiness in using my talent, rather than to depend on someone else for survival. We are living in tough times, and I encourage people to use their talents to make ends meet.”

Shudu Gal, who resides at Mpheni in the Elim area, admits that things are no longer the same because of the lockdown and the outbreak of the coronavirus. “I can no longer go to town to sell my music because of travel restrictions and lockdown regulations that do not allow many people to gather in one place. That has an impact on my career because I am unable to perform for my fans in public places. Like other artists, I now depend on social media, especially WhatsApp, to sell my music. This, too, shall pass, and I believe that I will stand on my feet again when things go back to normal.”

Since she started singing in 2015, Shudu Gal has released six albums, with her latest, Mastand, released in March. “My first album, Tshibasigira, was released in 2015. I then went to the studio to release my second album, Ndi Shudu, in 2016. Ndi Shudu was followed by Ndi khou toda ngoho in 2017. All three my first albums were manyalo music, until I changed to house music in 2018 with the release of Mbambe. My fifth album, Lo vhilingana, was released last year, and my latest is Mastand.” 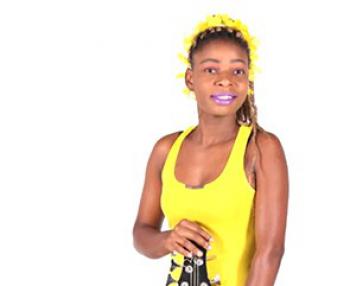