Mukololo Muimbi is a talented young woman who first made a breakthrough in the music industry a decade ago and cemented her music career through the years with the release of many hits that became popular in Vhembe District and beyond.

A singer who is known for her unique, active voice and amazing dance moves, she made an announcement early this week that she had finished shooting the video for her hit, Reason dza Million.

“The making of the video was more of a learning curve for me as an artist who always wants to excel or do better with each new project,” she said. “I also thank all team members who worked with me on this video; it was really amazing and enjoyable. I also hope that people will enjoy watching and listening to it as much as we did.”

The video was directed by Rianze Munzhelele and Mpho jolo, while the project was organised by Murendeni Makuya, with graphics by Venda Movement (Nakzila). “I am extending further gratitude to Makonde Musanda, and Nandoni Riverview,” she said.

Born Mutshidziwa Makuya, Mukololo feels that music has become a way of celebrating life, entertaining people, and reaching out to people with messages of love, unity, and advice. She achieved a milestone last year when she released a banger of a hit entitled Mufhanzi.

“I sing about issues of love, hatred, unity and peace,” she said. “As a people, we need to do away with any hatred, vengeance, and all other criminal elements within our communities. There's more to life than living in disarray – love conquers.”

She had discovered her singing talent during a Life Orientation period after her teacher had requested her to sing as part of the lessons. She revealed to Limpopo Mirror that she found out that she was a good singer and that she had not looked back ever since that time. Today, she is a house and manyalo artist, and she is continuing to find life's meaning in and via music.

For performance bookings and other business matters, Mukololo can be reached on 079 940 5174. 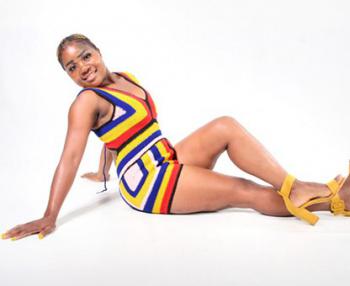