Growing up while listening to the late Lucky Dube’s music planted a musical seed in the heart of Kuvhanganani Nemaukula, better known as Rasta NK in the local reggae music fraternity.

The musician, who hails from Mavhunda village outside Thohoyandou, is making a name for himself in the tough music industry. With the release of his debut album, entitled Zwiito Zwavho, Rasta NK is undoubtedly now counted among the most promising reggae artists around Vhembe.

Rasta NK started his music journey with the group Southern Wailers in 2009. “The group recorded only one album, and after it dissolved, we went our different ways. Since then, I have been on my own, composing songs while preparing to record my own album. This finally materialised when I recorded and released my own album this year.”

He says the sounds of Lucky Dube influenced him to love reggae music wholeheartedly. “I consider the late Lucky Dube to be the best reggae music artist South Africa has ever produced. It will take many years before we have someone who can replace him. Although he is no more, his music lives on, and it continues to inspire us to follow in his footsteps. Indeed, Lucky Dube has played a major role of encouragement in my music career.”

Rasta NK says he believes in sharing musical knowledge with other artists. “That is why I have featured other talented artists on my album. On the album, I have worked with prolific reggae music heavyweights such as Just Ice Mbedzi, Madzhasi, R Boy, Elekanyani Tshabuse and Given Madzunya. This has made my album unique because it has different music styles and contributions by different artists.”

He says he is happy because music lovers are receiving his album with joy. “I don’t have a manager and I sell the music on my own. People from different places are buying my music because I use my Facebook page (Rasta NK) to market myself. Those who cannot collect CD copies physically, due to distance and the lockdown, can also get my music through my WhatsApp number (079 049 9014).”

Rasta NK encourages other artists not to rely on music only to have something to depend on when their music careers hit a snag. “I do music when I am free, but I am a bricklayer who provides for my family buy building people’s houses. Although the outbreak of the coronavirus has hit me hard musically, I have building skills that I depend on for survival.” 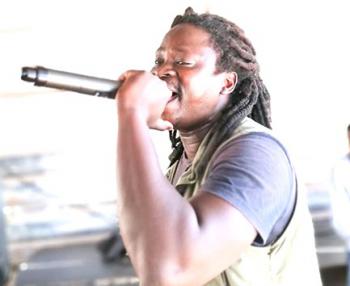