Phalaphala FM’s listeners woke up to a pleasant surprise last Friday. They were greeted with the unique and soothing sounds of Hani Mutele’s latest song, Funzani, which looks set to become a hit.

Mutele, a well-known musician and veteran sound engineer, released his last album, Mihwalo i do rulwa, way back in 2011. What makes Funzani more special is that the musician spent a full nine years working on the song. He hails from the dusty streets of Khubvi village outside Thohoyandou and is a music graduate from the University of Venda.

Mutele said he was filled with joy to note that his Afro Jazz song had made an impression during the first day of its airplay on national radio. “Just a minute after the song was first played on air, I received hundreds of calls from my fans, who were congratulating me on the good offering. My mobile phone battery could not take it any longer and I was off air for a while until I had recharged my phone. I could not sleep the same night because of the huge volume of calls by people who wanted the song. That night, I had to make it a point that the song is available on all major online stores. The next day, regional and local community radio stations joined the tune and the song was all over the airwaves.” said Mutele, who is a member of the South African Police Services (SAPS).

Mutele said he wanted to return to the music scene with something very mature and inspiring. He wanted to maintain the respect of his fans. “That is why I decided to release this single song, to remind my fans that I’m still around and kicking. Fortunately, things went according to plan and the song was received with jubilation from all corners of our country.”

Mutele worked with Vhuthu Mudau and the late legendary sound engineer Emmanuel Mamphogoro at Winman Recording Studios in Sibasa on the song. “I wish Emmanuel was still alive, so that he could hear how his expertise is adding value to this song. It was such an honour to have worked with a legend like him. His soul should continue to rest in peace.”

The head of the worship team at Bethlehem Apostolic Church in Tshilamba, Mutele has seen it all in the music industry. In his music career of more than 20 years, he has worked with artists such as Rofhiwa Manyaga, the late Mpho Regalo, Burning Saul Nephawe, Burning Doctor, Black Jahman, Esther Sinyegwe, Shufflers Ragimana, and Kenny Murabi, to name but a few.

After graduating from the University of Venda, he joined the SAPS and was a member of the police band from 2005 to 2015. He is now attached to the Social Crime Prevention wing of the SAPS. His first album, Lawyer, was released in 2001, followed by Golgotha, Dzhavhelo langa and Mihwalo i do rulwa, which was released in 2011. The latter features his famous song, Duvha li do tsha.

His latest single, Funzani, has a very strong message, especially to the youth. “The song is about a young man who grows up in a wealthy family, getting everything from his parents. He ends up destroying his future by choosing wrong friends and involving himself in crime - thereby facing a long jail term for his bad deeds. Those who cannot access online stores to get the song can engage me on Facebook and Twitter (Hanie Mutele) or on my mobile number 0824812939 (voice calls and WhatsApp).” 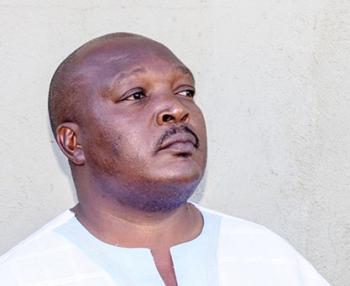