“Music is the core of my life”

Rabelani Lucky Singo, more commonly known in the music fraternity as Rasy, is one of the finest local stars who is steadily rising in the music firmament.

He is a talented singer and producer who resides at Tshitereke village. “I have always had an amazing talent as a musician, even though the unfortunate part was that I couldn’t always afford studio equipment,” he said.

However, he was quite lucky as his brother, Aluwani Nemasetoni, sent him to an acclaimed producer, G-Force MuAfrika, to help nourish his talent. “I refined my skills as a producer, using quality studio equipment with the help of G-Force,” he said. “I witnessed my talent taking flight.”

For Rasy, music is the core of his life. “Deep inside my heart there is music. It runs through my veins, teaching me to forgive, and share peace and love,” he said. “I meet different people because of music. In 2014, I met a dancer called Mack Tee from my village. I was inspired by his work as he loves music too and we started to work together as a team called WeDamFam Records.”

WeDamFam Records worked together not only musically but doing odd jobs such as cutting flowers and paving people’s yards in order to raise money to buy studio equipment. “I was genuinely working hard in order to achieve my dream and helping other artists in my community, and I had managed to achieve exactly that,” he said.

His recent songs include Ekhaya, Vho-Ramaphosa and Mmbengeni. “I have a very special message to the youth out there,” he said. “It’s short: You can achieve whatever to want to; just put your heart and energy into it, and you’ll see good results.” 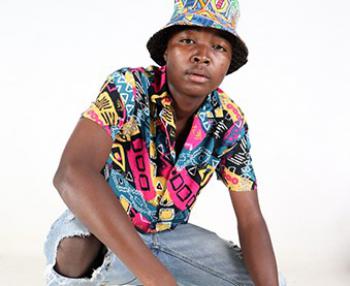 Rasy is one of the finest stars. Picture supplied.