Chimurenga music with a Tshivenda flavour

Zimbabwean Chimurenga music legend Thomas Mapfumo would be happy and proud to know that his considerable global musical success has planted a healthy seed that is flourishing in fertile musical soil. This fertile soil is Fhatuwani Mbevhana, better known as Steelboy in the local music fraternity. Mbevhana hails from Khubvi village, outside Thohoyandou.

Steelboy says he was inspired by the music of Thomas Mapfumo from a young age. “I used to listen to his music, and I couldn’t resist falling in love with it. Because I could not be separated from his music, I decided to come up with a Tshivenda version of chimurenga music. This is a type of music filled with mbira, marimba and traditional percussion - thereby distinguishing it from other types of traditional music,” says Mbevhana, who released his first Tshivenda chimurenga traditional music album, entitled Nwali, in 2014.

He says that despite his playing chimurenga style in Tshivenda, his first album was well received by music lovers and radio stations. “The traditional instruments, mixed with modern guitars and keyboards, made my kind of music a stand-out project in the local music industry. That is why it was easy for the album to penetrate the music industry and thereby receive rotational airplay at Phalaphala FM and local community radio stations.”

His second album, Vhulombo, was released in 2016. “I decided not to change my musical style in the second album because people were becoming used to chimurenga music played in Tshivenda.  The feedback I received from the first album was overwhelming. Vhulombo also did well and continued to put my name on the musical map.”

Motivated by the huge support and response from music lovers, Steelboy released his third album, Vhufhelo, in the same style as his two previous ones, in 2017. He is now working on his nine-track fourth album, Malwadze, to be released soon.

His dream is to share the stage with his role model, Thomas Mapfumo, one day. “His inspiration keeps me going, and I will be the happiest man on earth to share a stage with him.” 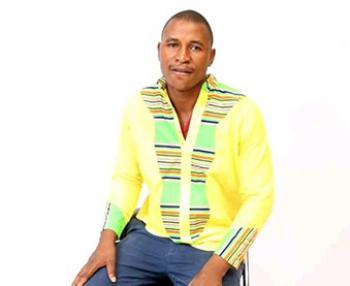