The legendary Tshivenda music group, Adziambei Band, recently released a single entitled Mazhongondedze, a song that is aimed at spreading awareness about the Covid-19 pandemic.

The founder of Adziambei Band, Elias “Maele” Sirwali, explained that Mazhongondedze means that a scary monster is out there with an intention to harm and to kill. “We have compared the pandemic with Mazhongondedze, because the virus that the world is facing is killing people all over the world,” Sirwali explained.

In the song, the group encourages people to adhere to the regulations implemented by the government to curb the spread of the virus. “We believe that, through music, the public can be told to remain cautious and vigilant. That means observing Covid-19 precautionary measures such as washing hands with water and soap, using alcohol-based hand sanitiser, wearing face masks in public, maintaining social distancing, and avoiding congested places,” said Sirwali.

The group released their single only a few months after the release of their latest album, Tshipalamulilo Volume16. This album was released in November 2019.

Adziambei Band was founded in 1982 by Elias Maele Sirwali in the rural village of Tshaanda. He is known for producing music that is educational and informative and uplifts the Tshivenda culture and tradition. He is also not afraid to address challenges that the country faces, such as domestic violence, unemployment, the use of drugs and alcohol, and piracy.

The band currently has four members, namely Elias Sirwali  (the group’s leader), Samuel Mabuda, Johannes “Mufunzi” Kwinda and Martha Negogogo. The band was the 2012 winner of a Tshivenda Music Award (TSHIMA) with the Song of the Year, Nwana o ngalangala. 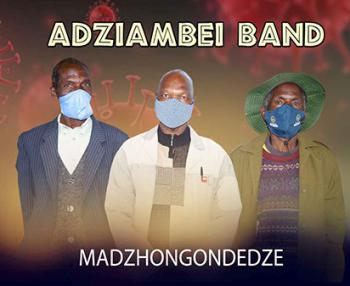