Her acrobatic dance moves and golden voice are the two main things that distinguish Elma Masotsha from her competitors in the tough music industry. Better known by her stage name of Comza Mabebeza, Masotsha leaves music lovers crying for more whenever she performs. With four successful house kwasa music albums to her name, the celebrated artist is set to release her fifth album next month (October).

Comza Mabebeza started her musical career at a young age. She impressed her fellow learners and teachers with her dancing and singing talent during arts and culture periods during her primary and high school career. “My first breakthrough was when I joined Mazwale as a dancer and backing vocalist. We worked together for years, until I decided to go solo after gathering enough musical experience. I’m happy that my fans are receiving my music with enthusiasm, giving me enough courage to produce more albums,” said the musical artist who hails from Tshakhuma, outside Thohoyandou.

Her first album, Monate, made her famous when it was released in 2010 and was followed by VIP three years later. Her third one, Gearbox ya Tshikuta, made a huge impression in the music industry as it was played at almost every social gathering in Vhembe. Her fourth album, Ke tswere monate, which is still enjoyed greatly by music and party lovers, hit the record bar shelves in December last year.

“My forthcoming album will be named Ndo fara lothe la Africa. The seven-track offering is a culmination of hard work and experience. Given the fact that the country is currently in lockdown, I had enough time to work on the album,” she said. She made a promise to her fans that this will be the best gift to show her appreciation for their support. “Now that the lockdown restrictions have been relaxed, I will be able to move around to promote Ndo fara lothe la Africa with ease,” she said.

She admitted that although she had made a name for herself in the local music industry, receiving occasional airplay on big radio stations was still a challenge. “My musical work does the talking, and I will one day receive what I deserve. Other big names in the music industry had the same challenge before, but the hands of time opened up their opportunities when the moment was right. I will keep on giving people good music until my recognition comes.” 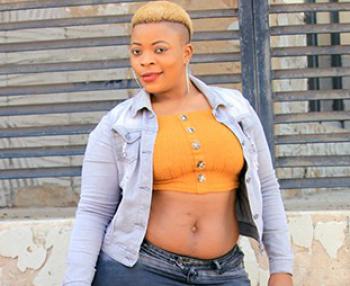