A Grade 10 learner from Tshilala Secondary School, Mashudu Munyai, better known as “Shaka li mphani” has created a stir in the music industry with her new house song, Yoliwa.

Yoliwa is a Tshivenda word used especially when two soccer teams are clashing, and a goal is scored. Whether the goal is scored via a header or from a bicycle kick does not matter - the winning team should celebrate.

The 18-year-old Munyai said she was born and raised in Muswodi-Tshisimani in the Niani area. She relocated to Ha-Budeli village with her parents in 2018.

“I started dancing during some parties, shows and even during soccer matches played around the Ha-Budeli sports ground in 2018. My manager, Shonisani Mamushiana, then approached me, asking for help,” she said.

Her academic career is still very important to Munyai. She had to repeat Grade 10 because of various circumstances, but she is adamant that education is the key to unlocking the future. She wants to pass Grade 12 with good marks and then study to become a teacher. 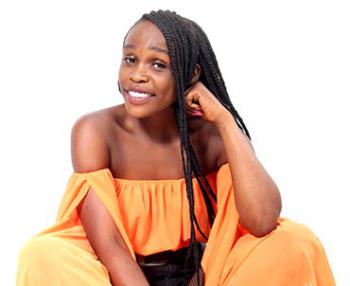