Wizzy Gintsa can perform and promote other artists

Thuso Raymond Takalani, known as Wizzy Gintsa in the music fraternity, is quickly ascending the music ladder with the release of new hit songs.

A resident at Dzimauli Tshapasha village, he maintains that, for him, music is food that a human being must eat for substance. “I bounced into the music industry with the song Dzikhosi, which was well received by many people who had instantly fallen for my style of music,” he said.

He has so far released more songs, such as Ahuna munwe (ft Tremza), Thitsha mutoda, Ndi wa munna (ft MC Vee), and he has worked with a variety of artists who, among others, include Tayger, Toskeey, and 30 Mrepa.

“I can't live without music inside me. I know for sure that music builds good relationships,” he said.

Wizzy Gintsa also realised that he could be more than just a singer, and he ventured into the world of music promotion. “I had met Tshifhiwa Rakuambo (who’s known as Mr Winisa) and Arendwaho Ndou (who’s known as Jaydee Madikita), who both encouraged me to consider marketing fellow artists, because they could see that I was good at that,” he said.

His motivation comes from following the good stories of fellow artists such as Kwesta and Fizzy Toofab “because they create good music which delivers positive messages to the people”.

“And I love them just because they are not lazy and create vibey music all the time,” he said.

Wizzy Gintsa is available on most social-media platforms and can be reached on 071 319 2587. 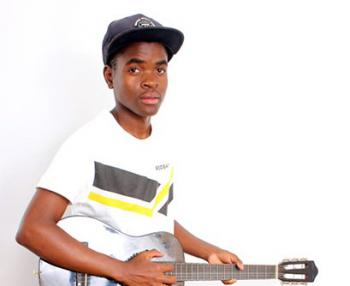 Wizzy Gintsa is making a name for himself in the music fraternity. Picture supplied.