Ndamzeey Mukwei believes that good music should educate and entertain at the same time. His goal as an artist is for his music to bring about a sense of social cohesion.

“Yes, I sing to entertain, but my music is about promoting social cohesion, for through my music I am bringing hope to the majority of unemployed youth,” he said. “My music is about cautioning young people to refrain from alcohol and drug abuse. I encourage my peers to respect documented foreign nationals, and to respect women and children.”

Mukwei is currently working with the highly talented Matodzi VV Mutavhatsindi, who is forever pushing him to work harder in the music industry.

“Just like many other young people in the villages, I developed an interest in Venrap music when I was only 17 years old,” he said. “I then started to compose my own Venrap songs and that’s the point where I started entertaining my peers at the village. To my surprise, they liked my music, and since then I have never looked back.

“The highlight of my career was in 2016, when there was an event in our school (John Mutheiwana Secondary school),” he said. “The moment when I performed one of my songs to pay tribute to our village – Tshimbupfe lo di takalela – I was praised by everyone, including the traditional leaders who were at the event.”

Some of Ndamzeey Mukwei’s popular tracks are Tshigevhenga, Bus Driver, and Xenophobia. “These songs are on my new album entitled Fulufhelo,” he said.

“Although I grew up listening to Zozo, I am always inspired by the creativity of Colbert Mukwevho, because through the music of this legendary reggae king, you learn a lot about many things in life.” 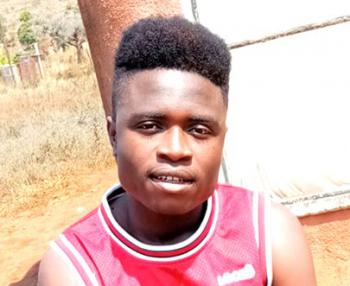