VP Talking's hits may be new, but he is not

Kha ri lwe na vhutshinyi is a new song that has been making waves in the district and has everyone wondering who made it; he is none other than VP Talking.

While VP Talking has been singing for many years, he seemed to lack the platform to showcase his talent properly.

Armed with his sweet voice and the ability to fling lyrics into the air with the ease of one who is highly experienced, he was spotted in the streets of Sinthumule by Ishmael newBreed Rammbwa of Ballitainment Media. “Kha ri lwe na vhutshinyi is a massive hit, and I am glad that the team at Ballitainment and I had worked hard to ensure that we release a hit song,” he said.

With this song (https://www.youtube.com/watch?v=GGn3toi3uLE ) the artist is making people aware of gender-based violence, and he encourages people to live a clean life, respecting each other. “The increasing incidents of gender-based violence, particularly in southern Africa, have led to more deaths and unstable family relationships,” he said. “I am therefore taking a stance against the violence in our communities.”

His amazing voice has had people requesting him to release more music, because his music has the kind of quality and newness that they all want to enjoy. “People have shown me that they have the discernment for good music,” he said. “So, I composed, recorded, and released another song, entitled Murena tsitsa Lufuno. In this song, I am expressing my appreciation for the love of God for us as humankind. I also plead with Him to pour out his love on us here on earth.”

VP Talking was born Nkhumeleni Tshibvumo Goodwin Ndou in Tshiozwi village in the Sinthumule area. Those interested in his music can contact his manager on 072 853 0317. 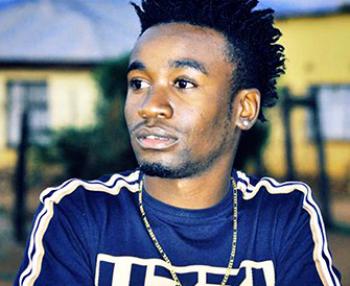