T Man Gavini is back and he aims to stay around

“Drug and alcohol abuse will only destroy your music career and lead to your downfall. I used to control the music industry because I was a superstar. I personally went through this bad habit of abusing drugs and alcohol, but I’m happy that I’m progressing well in rebuilding my music career. I am also planning to go back to school to study sound engineering in the near future.”

These are the words of the once-famous Tshivenda kwaito, hip-hop, and rap superstar, Thivhulawi Emmanuel Ndou, better known as T Man Gavini.

Much to the jubilation of his fans, the reformed Gavini is back in the studio, finalising his single entitled Mazwale, which will be released before the end of this year. “I will never walk the same path again because I nearly destroyed my music career. I am very thankful to everyone who was concerned about my talent for coming through to encourage me to bounce back. I am now back, and nothing will stand in my way to reclaim my top spot in the music industry,” said Gavini.

Gavini shot to stardom in 2007 when he released his kwaito hit, Tshifhinga tsha u tshina. He also remixed Dr Irene Mawela’s famous song Tshisiwana in which he featured her (Dr Irene Mawela). In 2009, he released the hit song Hoyu nwana ndi a mu funa, featuring Killer Gee and Mizo Phyll.

He left his fans amazed when he unexpectedly disappeared from the limelight for many years. That was when he also gave up on his business-management studies at Vhembe TVET College. In preparation for his full comeback, he released an album entitled Ri khou funana last year, which was nominated for a Tshivenda Music Award (Tshima).

He passed his sincere gratitude to Mpho Nefuri of Nefuri Attorneys for taking him through the process of rehab. “I’m completely new and fully recovered from drug and alcohol abuse because of this Good Samaritan. I pray that God gives her a long life, so that she can also assist other drug addicts to reform and live a normal life.”

He apologised to his fans for letting them down during the time when he was out of the limelight. "Experience is the best teacher. I am now here to stay, and I urge my fans to fully support me. I am here to stay because this is where I belong. Nothing will take away my talent because I was born to entertain people. My special gratitude goes to everyone who contributed to my dramatic comeback.” 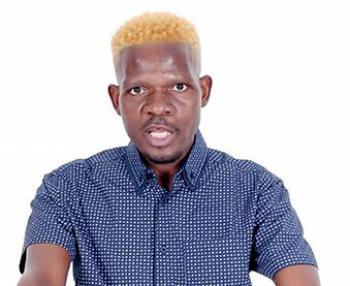 Against all odds … Thivhulawi Emmanuel Ndou, aka T Man Gavini, is back to reclaim his former glory in the music industry. Photo supplied.