“The young people in my village are involved in drugs and alcohol abuse. I feel I must do something to lure them away from such behaviour,” said Fortunate Malindi, a passionate young musician.

The 16-year-old Malindi hails from Hamavhunga village in Nzhelele. She is a Grade 10 learner at Tshamakwapini Secondary School and the third-born child in a family of five.

“Day in and day out I have realised that youths in my area have nothing to occupy themselves constructively. I would like to inspire and stop such trends through music,” said Malindi.

She fell in love with rhumba music while she was still in Grade 3. Her mother used to play Slizer and Bibo rhumba tracks.

“At a very young age I used to watch the videos produced by Slizer and Bibo, and I realised that a lot youths were involved in the music industry, so this inspired me,” she said. She loves composing and realised she has a knack for, among others, hip-hop music.

Her first album appeared in 2016 and so far, she has produced five albums. She hopes to release the sixth album early next year.

Speaking to Limpopo Mirror, Malindi said she was pleading with radio stations to play her music as she believes it may bring about a change in the behaviour of young people. 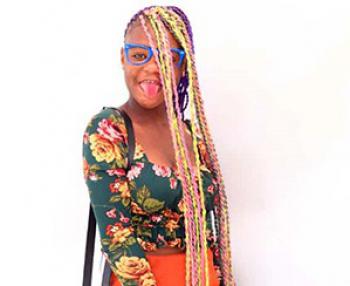 Fortunate Malindi would like to make a change to the behaviour of young people in her area through music.