30 Mrepa about to release a new single

Aaron Rasivhetshele, better known as 30 Mrepa in local Venda Rap (VenRap) circles, is now back in the studio, working on his latest single entitled Vhutshilo (Life) to be released at the beginning of next month (December). The song is a mixture of Tshivenda hip-hop, rap and ragga.

Many people will remember this young man from Makonde village for his great achievement after he won the Song of the Year Category with his song A tshi dzungudzi during the Afri-Dzonga Music Awards in 2016.  Since then, Rasivhetshele has been enjoying fame and great affection in the local music industry.

An electrical engineer by profession, this time 30 Mrepa has teamed up with music legend Ras Canly in the production of the much-awaited song. He has worked with musical heavyweights such as Shufflers Ragimana, Papa Thile and Ramzey Ramalata over the past years. One thing that separates Rasivhetshele from ordinary musicians is that his uniquely beautiful voice, which is painted with intonation, fits well with his occasional melodic leaps.

He said his envisaged release was a culmination of hard work and musical experience over the years. “This one is different from my previous offerings, because I have added a ragga taste. It will definitely be a hit because a lot of time and resources have been invested in the project. When you want to release good music, you don’t rush, because you need to give yourself enough time to satisfy your fans. This is the best gift to offer to my fans to thank them for their continuous support. In fact, it is an early Christmas gift for everyone who loves music.”

Rasivhetshele, who has been busy with gigs since the relaxation of the lockdown regulations, said he was happy because his music was receiving airplay at various radio stations. “It is very encouraging when you hear your music playing on radio. It also encourages you to put more effort into producing more music, because you know that you already have a market waiting for you.” 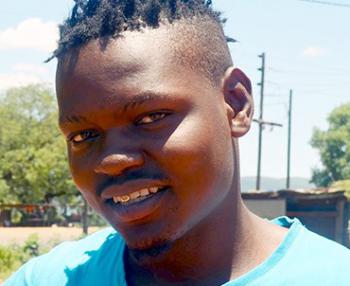 Aaron Rasivhetshele, better known as 30 Mrepa in music circles, is releasing a single entitled Vhutshilo at the beginning of next month.