Local boy Livhuwani Muleba, who launched a new dance style last year, known as the Ri a losha dance, has made a comeback with his new album entitled Lilani, which literally means “do cry”.

Muleba, also known as the Prince of Venda, is from the Ha-Manenzhe village. He studied civil engineering at Vhembe FET College and later did a pragmatic jazz music programme at V.C.C. He also studied music at the Worship House Newlife Youth Development.

“Lilani is a positive song that encourages all people to cry when they have problems, especially men, because most men end up suffering from depression as a result of bottling up,” he says. “But if they cry, they will feel relieved. The song is inspired by the Light Care Institute, which cares for the social development of youths.”

Muleba says he knows from experience that when people cry, they are unburdening themselves. “I feel so proud and confident to tell people to cry when they have problems,” he says. “I was taught how to write and compose songs by Tshilidzi Bobodi and was also encouraged to do so by my pastors, Pastor Phalanndwa Pilani and Pastor Joseph Sinyosi.”

Ri a losha has earned Muleba airplay on TBN Africa, a milestone that pumped up his motivation and passion to pull up his socks. His previous albums are Ri a losha and U na maanda.

He had the opportunity of working with a variety of artists as a backing vocalist, and that experience came in handy when the time came for him to launch his solo singing career. He earned himself massive respect from both music lovers and established musicians when he was announced third runner-up in the Limpopo province’s I Can Sing Gospel competition in 2012.

“Now I would like to see Lilani reach more people here in South Africa and abroad,” he says. “I see myself as an international singer, as my music knows no boundaries. Those in Botswana or the Congo can still access it online and enjoy it as much as someone in the US.” 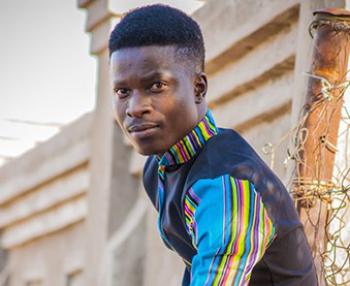 The Prince of Venda, Livhuwani Muleba, has made a comeback with a new album entitled Lilani. Photo supplied.