Una Rine Junior Mulondo is from Mulodi village and his work speaks volumes. “I started my music career in 2013, but I had no inspiration at that time, so I wasn't that serious about it until I started following the Nigerian singer Burna Boy. That’s when my focus really changed,” he said.

Music is the essence of his life. “Music is my everything; a place I run to when I feel like the world has conspired against me,” he said. “Basically, this is my refuge. I don't see anything I would do in this world that would make me happy if it wasn't for music. This is where I feel most alive.”

For Una Rine, his inspiration and motivation come from many artists, but he wants to become an inspiration to others in a different way. “If I become an inspiration to the world in a way that every young person looks up to me, I would change their mindset and how they view life by creating more opportunities for musicians,” he said. “I strongly believe that poverty is the main cause of crime.”

He singled out Burna Boy (who also features in world-famous singer Sam Smith’s song, My Oasis) as one of the many artists he looks up to for inspiration. “One thing I love most about him (Burna Boy) is how he portrays his message through his music,” he said. “And I also love how he stands for justice and honesty, regardless of the cost.”

Una Rine first stormed onto the music scene with the release of his single, Love for Money, which was well received in the music fraternity. However, he was prevented from focusing on his art by personal problems in 2018. “I bounced back early this year,” he said. “I then worked on a song called Venda Wave, where I also featured Mizo Phyll. It was an anthem on its own. More singles followed, like Treasure and No to Homeless.”

He describes himself as a very spiritual person who always seeks guidance from God. “I'm a Christian and I know I wouldn't be here if it wasn't for his grace and mercy,” he said. 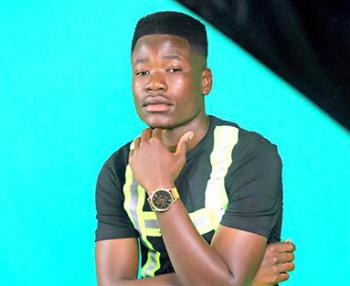 Una Rine first stormed onto the music scene with the release of his single, Love for Money. Photo supplied.