Local gospel singer is still among the living

“I am not down and out. I am still counted among the living, and I have great plans for my future,” said gospel music star Phumudzo Shakes Mbedzi (30).

This follows questions among gospel music fans, who had last heard from Mbedzi when he released his debut album in 2014.

In an exclusive interview with the Limpopo Mirror, Mbedzi conceded that many challenges exist in the music sphere, but that he chose to stay positive. His debut album, which was released with a DVD in 2014, made him an instant hero in the local gospel music fraternity. “My first album, To God be the glory, did very well on the gospel music scene. That was a grand entrance to the tough music industry. The fact that it was recorded live also made it exceptionally good. The response was overwhelming, and I got invitations to perform almost every weekend,” he relayed.

Asked what he had been doing all these years, Mbedzi said he dedicated most of his time to preaching the Word of God. “I am a staunch Christian who is dedicated to the Word of God. Even when I released my debut album, the most important thing was to spread God’s Word through music, and I achieved it because my album has reached a lot of people. I am happy that my album is still receiving fair airplay on various radio stations, despite being released six years ago. I have also been helping up-and-coming artists to build their music careers because this industry can be rough sometimes.”

After receiving countless calls from his inquisitive fans, he planned to record an album in April this year but had to postpone due to the strict lockdown regulations at that time.

“There is no need to rush when you want to give your fans the best music. I have now decided to go back to the studio early next year to record my second album, which will definitely shake the gospel music fraternity,” he reassured his wondering fans. 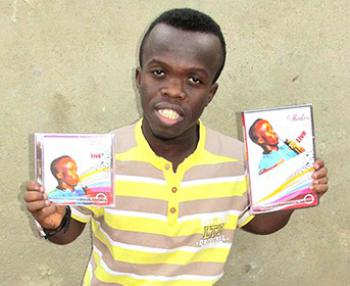 Phumudzo Shakes Mbedzi (30) photographed with copies of his debut album, which was released in 2014.