The South African literary world, and more specifically the Vhembe District, seems to be buzzing with new talent as more and more young writers start to take up their pens to tell their stories.

One such talented writer is Amukelani Ngobeni from Mavambe village in the Malamulele area, who has just published his debut novel, Vatswari a va lombi. It leans on the Xitsonga expression that simply means that parents cannot be borrowed.

Ngobeni, who has written other stories as well, finally managed to publish his novel this year. He says Vatswari a va lombi tells the story of a young boy, Tsetselelo Makeva, who comes from a wealthy family and would looks down on his peers because he is rich. On top of that, he orders his friends to clean his shoes in exchange for lunch money, all because they are from poor families.

Tsetselelo has a bad reputation at school, which leads to his being suspended several times. He is finally expelled after he is found smoking and recruiting other learners to do the same in the schoolyard. But his story does not end with expulsion, the author says. He abuses his own parents, and they are hospitalised several times because of that.

The story seems to have interesting twists and turns. Ngobeni invites people to buy his book for the complete story.

“When I hold a pen, the stories just flow onto the pages. But I put all my energy into writing this book and I hope people will enjoy reading it,” he says. 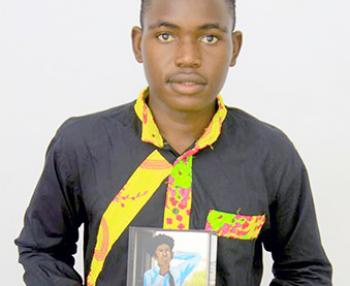