Fhulufhelo Matumba from Tshikota in Louis Trichardt is a young Venrap artist whose rhymes are fresh and authentic, and rooted in the Tshivenda language.

“I'm a musician, but strictly a Venrap artist, who goes by the name Zaacci Niguh,” he introduces himself. “I started my music career in 2013 with the inspiration from famous artists such as Mizo Phyll, Tman Gavin and Bellafonte, to name but a few.”

As a young boy, he grew up listening to music across various genres. He says for him music is all about life. “Music should give hope to those who have lost hope, and surely motivation to those whom it may concern.”

He says that he loves writing songs that speak to the hearts of people and eventually touch souls, because he believes that music can have a very big impact on those who listen to it. “For example, old people used to sing and dance to music as a way of communicating to Ṅwali (God), and with this inspiration I also want to give such music that speaks to people,” he says.

Since he started with his music career, Matumba has never heard anyone expressing outright dislike towards his music, and he believes that it must surely be because his music is so unique. “They enjoy my music and are always ready to listen to it,” he says. “When I take longer to release new songs, I receive a stream of calls from my fans urging me to hurry up and come with more bangers of tracks!”

His biggest challenge, he says, had always been marketing his music. “It’s not easy to be an artist and also market yourself, but one has got to pull up one’s socks and deal with it with strength and wisdom.”

He is currently working on an album called Less talk, more work, which is due this year on all digital platforms. “I would really love to see the support from my Venda people, because we are one and we should work like one,” he says. “The album is written and attached to my soul and I can't wait to deliver it.” 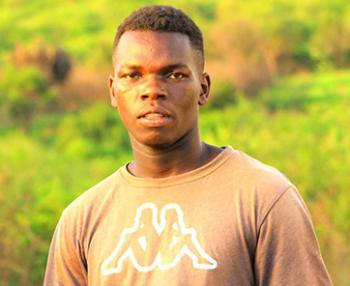