Kashflowtoofab is from Ha-Mavhunga Gondeni village in the Nzhelele area. He reckons that music is more than just “snare and kicks” - it is his first language. The only way he feels that people are listening and understanding him is when he is speaking through his music.

“I had a long journey before I could really establish myself,” he said. “I discovered my talent years back in my high school days. I would always rap on other people’s songs, but what really got me to the point where I wanted to pursue music, was listening to my big brother’s music,” he said. “He was making music before I did, and I wanted to do what he was doing.”

He believes that, in a crime-infested society, music can heal people. “Depending on the type of music or mood, music can talk to us when we are happy and also when we are in pain, and somewhere in those lines, rhymes, or lyrics we find healing,” he said. “We find that ‘something’ that will get us going again, like fuel for a car.”

Kashflowtoofab does not have someone mentoring him at this point. “There are just some people that I learn a lot from - inside and outside the industry. I am just attracted to greatness,” he said. “Only a few people in the industry have an influence on my music, mostly because I don’t really look for what to write about. My process is very easy: I listen to beats, then write what I feel. Most of the time my music is influenced by what I’m going through or what the person next to me is going through.”

The highlights in his music career would include when he performed live on Phalaphala FM’s Morning Live show. He said that his first interview with them was the best. He also performed in many clubs in Johannesburg and Pretoria, such as Europa and BlueRoom.

Kashflowtoofab won Best Tshivenda Album of The Year at the Tshivenda Music Awards in 2015. “I’m releasing an EP with six songs at the end of February this year. It will be released in all digital stores and a video of one song from the EP will follow shortly.” The whole EP was recorded at Toofab Music Studios and will be released under Toofab Music’s label. 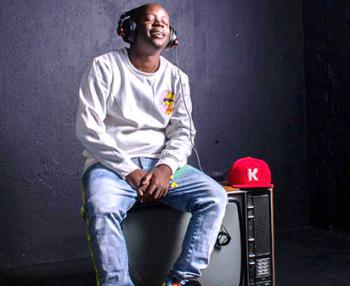 Music to Kashflowtoofab is more than just “snare and kicks” - it is like his first language. Picture supplied.