Catterlog is on the move

Catterlog is from Tshituni tsha Hamapila in the Nzhelele area and believes that he is not just a rapper, but more of a storyteller, because he shares good stories about life through his music.

“I am a rapper who focuses on storytelling and soulful music,” he said. “I discovered my talent in 2012. I would read and recite lyrics from scripts which my brother had printed for me from the internet, but those were only the learning stages. As time went by, I started writing verses of my own. I wanted to be an original and mature artist in my own right.”

He said that he had grown to love music to such an extent that he dreams about it all the time. “Music is really who I am,” he said. “It’s therapy to anyone and really a great meditative remedy for the mind. Music and other forms of art really help young people to express themselves. We take all the violence and hatred that might lead to a rebellion and encode it into our music. Music can really change people, like it did to me.”

Catterlog is proud to credit Vhadau of MDA Records as his mentor. “He is one of the reasons I am confident when I am at any studio, because I know I am good,” he said. “He makes sure that sinks into my head.”

He is largely inspired by Willow and Jaden Smith, whom he considers great artists in their own right. “With all the riches and fame that their parents have, they decided to take their own path and not be slaves to privileges,” he said.

Catterlog’s hit single, Vhutshilo, has become a provincial anthem. “It’s my plan to make more music that touches lives, especially in this time of the Covid-19 pandemic,” he said. 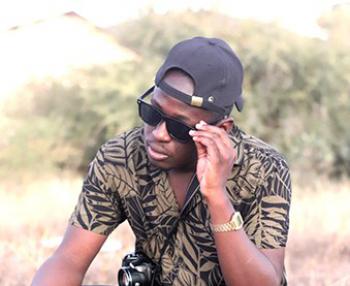