Gone but not forgotten! This phrase clearly describes how the spirit and music of the late legendary reggae music icon, Humbulani Muthude, still lives among his followers even after his death.

Famously known as Jahman Chiganja in the music industry the “father of Tshivenda Reggae music” from Mushiru village, outside Thohoyandou, passed on in the first week of February in 2018 after falling ill. Jahman Chiganja’s music, however, still lives on and two years after his death he was commemorated by many, although they could not gather in one place because of the lockdown regulations.

In remembrance of his bosom friend, Shufflers Ragimana said: “This month of February is very special as we remember a great man who played a major role in promoting Tshivenda reggae music. He stood up for the truth and never compromised in criticizing everyone who violates human rights. He was a true friend who stood by me until his last day on earth. We played and recorded music together and his passing was a great loss to the local reggae music fraternity. I’m consoled by the fact that the song we recorded together, Shango lo vhifha muvhilini is loved by many because of his creativity and unique voice.”

Avhashoni “Johny be Good” Tshivhiyahuvhi, a well-known reggae music lover and a diehard fan of Jahman Chiganja said he is happy that his role model is still being recognized even after he has passed on. “Death has robbed us of a great legend, but we are pleased that his music still lives on. With various radio stations commemorating his life and his music, it is common knowledge that Jahman Chiganja was one of the greatest reggae legends that Limpopo has ever produced. Many young successful reggae music stars drew inspiration from this great man. He may be gone but his spirit and music live with us. Wherever he is, his spirit should continue to rest in peace.” 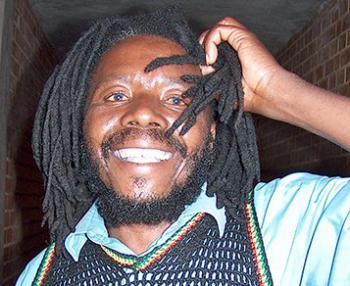 The late reggae music legend, Humbulani Muthude aka Jahman Chiganja is being commemorated throughout the month of February.