“Music brings me joy and happiness”

“Music brings joy and happiness to my life. Whenever I feel lonely, I sing,” says Tumelo Rudolf Rabaloyi, a music producer hailing from Ha Muila Thembisa village near Morebeng.

Rabaloyi, better known by his stage name of Dumza Wa DrumBeatz, fell in love with music at the age of 15. He said that whenever he felt lonely, he sang a variety of songs, but he mostly liked to sing Bolobedu House music.

He started singing in 2012 with the music group Classic Lotion, but he later formed his own production, “DrumBeat Records” and evolved into a music producer in 2018.

Rabaloyi had the good fortune to have the support of Chief Muila Tshishonga, who helped him to buy his studio equipment. 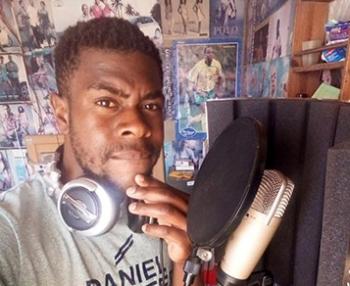