Ndivhuho Maremba wants to bring change to the music industry in a way that will benefit all artists, including those who have not seen a cent for the sweat they have put into their work.

Maremba, who lives at Lwamondo Khumbe in Thulamela, said that he had found a way of promoting artists via social media and word of mouth, so that artists could be reached by their fans and event organisers more effectively.

“I am a singer at heart and feel at ease when I go around promoting singers,” he said. “I discovered my aptitude in art promotions while I did music as an artist and found myself promoting other artists more than myself. That was when I realised that my passion lies more in promoting.”

Maremba sees himself as a visionary. He hosts frequent interviews with his clients on Facebook, so that event organisers get to learn more about the artists he is promoting. “Promoting means helping others reach their goals, assisting them to reach their dreams,” he said. “This is an act of love that also fills me with pure joy. It makes music feel more meaningful and worth it, because without proper promotion, artists hardly gain anything from their music.”

He is convinced that, if local artists’ music were to be promoted properly, they would feel more encouraged and motivated to be productive. “We need to encourage our talented artists to focus more on doing what they love, see the value of what they are doing and stay away from things that may lead to criminal activities,” he said.

He said he looked up to fellow promoter Madikita Ndou as his mentor. “I love the fact that he's trying by all means to uplift our artists though his promotions and hosting shows,” he said. “He’s an understanding individual and an open-minded entrepreneur.”

Maremba has just helped two young artists, Rude-Kid Venda and Zaacci Niguh, into the limelight through appearances and performances on several stages.

“I'm also a graphic designer. I designed the cover of Rude-Kid Venda’s single, Mizo,” he said. “I am looking forward to creating and securing paid space for performances by more artists.” 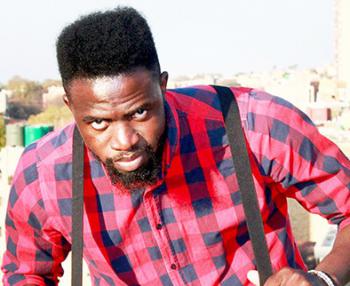