Innocent Tshivhase, famously known to thousands of music lovers as Jimmy Traxx Iverson, has found the purpose of his life in writing music, making beats, and recording music.

Jimmy Traxx resides at Maname Paradise. He believes that life’s fulfilment comes from producing good music for the people. “I'm proud to say, as an artist I create deep, meaningful music with some kind of lesson about life behind it,” he said. “Music is in my blood. It is like my life is tied around everything that has to do with music.”

When he was only five years old, he would beat on empty milk tins and he believes this was where his love of music really took shape. “I later discovered my voice when I did my own first song. I was only 12 years old then,” he said. “So, music means a lot to me. It helps me to focus, teach and tell stories about what it’s like to be in my shoes. My struggles and tribulations aren't obvious, because my soul finds healing in music.”

He is of the opinion that music, or any other form of art for that matter, can inspire change in the world. He strongly feels that artists should not be populating the music industry with videos that promote prostitution and violence.

“Our young people should learn positive things from music,” he said. “The focus should be more on making good, wholesome music videos that promote education, hard work and wisdom. If more positive music is created and released, people will learn more positive things about life.”

He relayed his gratitude to everyone who has encouraged him in one way or another on his musical journey. “I rely on a few specific strong and talented people whom I consider my mentors: Fyah Prince, Beekay, and Flamesman Robson,” he said. “What I like about them is that they push me to work harder whenever I feel like giving up. They always encourage me to write, record, and release quality music.”

He adds Jafrass and Popcaan to his circle of inspiration. “I feel that, if I work a little bit harder, I would one day be like them,” he said. “They are successful and respected.”

His two biggest hits are High life and On Sunday. He recently released a tribal house song titled Dlozi and he will be shooting its video soon. He is proud to say that he has already shared the stage with heavyweights such as Mizo Phyll, Percy Postman, Heavy K, Khakhathi, and Kelly Khumalo.

Jimmy Traxx Iverson can be followed on most social media platforms. 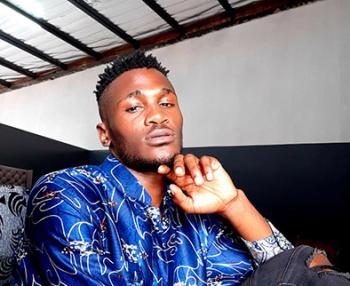