Flamebeatz is a singer and producer of note

Collen Netshifhefhe, who goes by the stage name of Flamebeatz, is a local singer/producer of note. He believes that music can either have a positive or negative influence on the listener, and that is why, he says, for artists to transmit the right kind of music to the world outside is so important.

“I have always had a passion for music,” he said. “Music has always been part of my life since I used to sing in the kitchen with my mom to rapping and making beats with my friends outside. I think that’s where I discovered my passion for producing beats and rap music.”

Music undoubtedly plays the biggest part in Flamebeatz’s life. “Music means everything to me; it can raise me from my lowest low to my highest high, just by listening and creating it,” he said. “Music is a gift from God to his people.”

In a crime-infested country such as South Africa, Flamebeatz believes that music can serve as a tool to dissuade people from engaging in criminal activities. “Music is known for uniting people. It has done so in the past, in the Apartheid era, when people were brought together by music.” He believes that young South Africans need more inspiring music today than ever before to guide and teach them that success does not come with shortcuts. “Any shortcuts lead to disaster.”

In his own life, Flamebeatz is mostly inspired by his manager, Stephen Photoane, who he says has achieved a lot in the music industry, as well as in his personal life. “I look up to people who are positive-minded. I get real motivation and inspiration from them,” he said. “Well, my mom is my mentor. She encouraged me to make music and strive for more success and knowledge, and to never forget where I come from.”

Flamebeatz had some success with songs such as Meet again, Long distance, Money heist, I'm up, Mood swings, and Lost love. 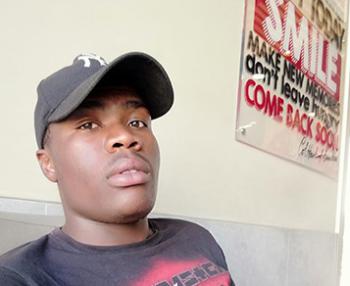 Flamebeatz is a singer and music producer of note. Picture supplied.